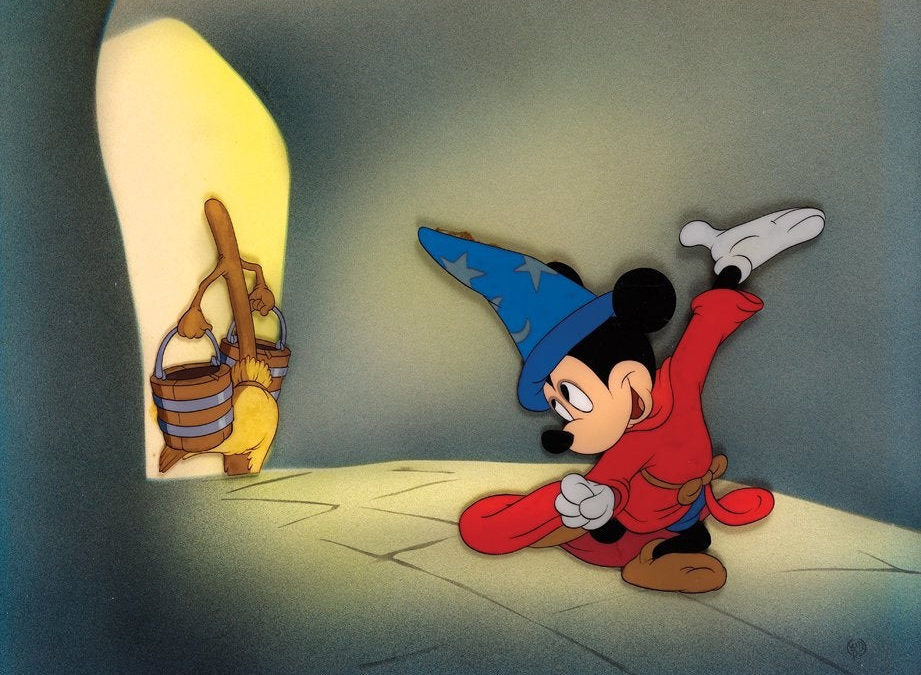 NEW YORK – Animation art has long been a popular collectible and is a great way to physically preserve a piece of one’s childhood. Among the earliest examples are production celluloids (cels) for Walt Disney animation movies, especially prewar film shorts starring Mickey Mouse.

The 1928 cartoon short, Steamboat Willie, for example, is notable in animation history as being the first film to star Mickey as well as the first cartoon to have synchronized sound. The National Museum of American History in Washington, D.C., has in its collection an original cel from Steamboat Willie, though it is not on public view. Cels were thin transparency plastic-like sheets that studio animation artists painted characters upon, which they then superimposed on a static background to cut down on how many reproductions were necessary to create a moving image.

Image: An original production cel features Mickey Mouse as the sorcerer’s apprentice wearing the magic hat and with brooms in Disney’s 1940 feature film ‘Fantasia.’ The cel fetched $17,000 in December 2014 at Profiles in History. Photo courtesy of Profiles in History and LiveAuctioneers