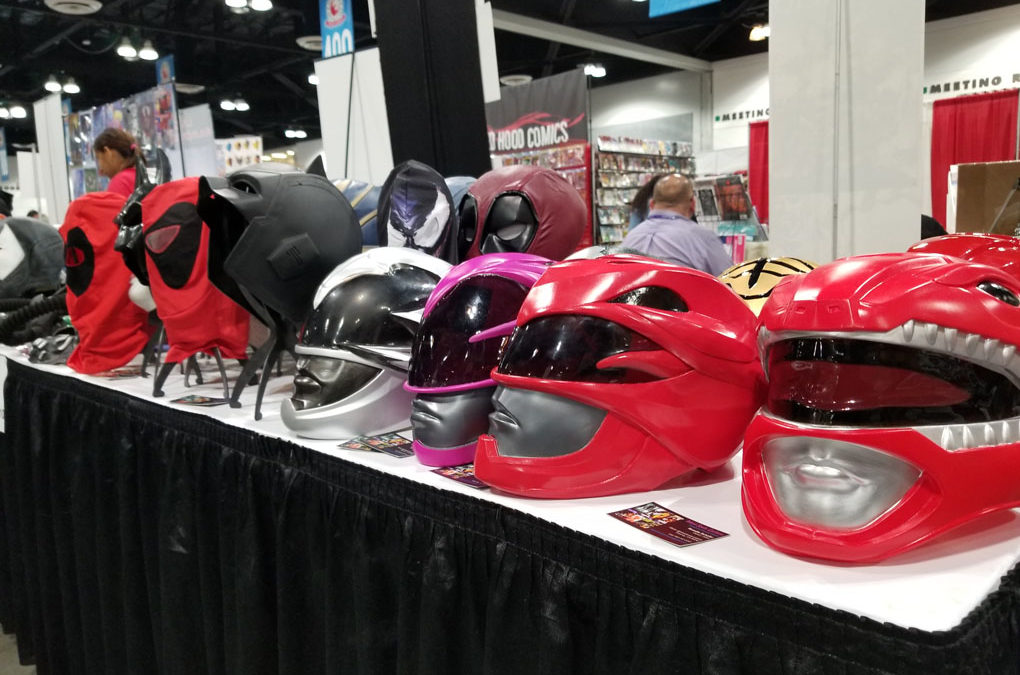 It was a great Sunday here in the sunny state of California. We were fortunate to receive couple of guest passes to the Comic Con Revolution event (thank you Atomic Crush Events). Patrons were in full regalia and everyone was having a good time. There were vendors galore and also some great speaking panels on women on the darkside, breaking into comics, time travel, and the importance of young readers! There were also special guests like Peter Cullen, the voice behind many characters including Autobot leader Optimus Prime and Winnie the Pooh’s friend Eeyore; voice acting icon Phil LaMarr from Justice League/Justice League Unlimited, Futurama, Samurai Jack, and Static Shock; Neil Kaplan from Voltron: Legendary Defender, several video games and even the voice to iconic hero Optimus Prime on time 2001s original Transformers: Robots in Disguise; and, Amy Chu, a comic book author who manages the comic imprint Alpha Girl Comics as well as writes comics like the six-issue miniseries Poison Ivy: Cycle of Life and Death and a few Wonder Woman issues for DC . There were also free Blastasaurus comics with a free kids ticket, sponsored by Golden Apple Comics. Finally, we can’t forget the food trucks outside which served all kinds of delicious morsels.

In all it was a great time to see new comic books, artist sketches, and creative costumes for all students to enjoy. It was also a cool way to keep up with our favorite superheroes and even meet those talented individuals who bring those characters to life. Until the next convention, work hard and keep reading!