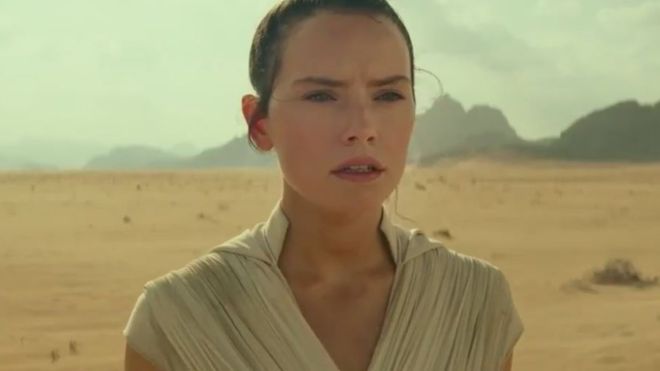 The next Star Wars movie, episode IX, will be titled The Rise of Skywalker, it has been announced.

The title was revealed at a Star Wars celebration event in Chicago, while a teaser trailer was posted on Twitter with the words: “Every generation has a legend.”

Director JJ Abrams said the movie is set some time after previous instalment The Last Jedi.

The Rise of Skywalker is due to be released later this year.
Read more about the movie and teaser at BBC News here